The Java Platform, Standard Edition (Java SE) is used by wide variety of applications whether its a small applet on desktops or web services on large servers. In order to support this diverse range of deployments, the Java HotSpot VM provides multiple garbage collectors, each designed to satisfy different requirements. Java SE selects the most appropriate garbage collector based on the class of the computer on which the application is run. However, users, developers, and administrators with strict performance goals or other requirements may need to explicitly select the garbage collector and tune certain parameters to achieve the desired level of performance. This journal entry is the first part of the series Introduction to Java Garbage Collection Tuning.

To tune the garbage collector, let’s first understand what exactly is Garbage Collector?

The automatic dynamic memory allocations is performed through the following operations:

The Java HotSpot garbage collectors employ various techniques to improve the efficiency of these operations:

Why Does the Choice of Garbage Collector Matter?

The purpose of a garbage collector is to free the application developer from manual dynamic memory management. The developer is freed of the requirement to match allocations with deallocations and closely take care of the lifetimes of allocated dynamic memory. This completely eliminates some classes of errors related to memory management at the cost of some additional runtime overhead. The Java HotSpot VM provides a selection of garbage collection algorithms to choose from.

When does the choice of a garbage collector matter? For some applications, the answer is never. That is, the application can perform well in the presence of garbage collection with pauses of modest frequency and duration. However, this isn’t the case for a large class of applications, particularly those with large amounts of data (multiple gigabytes), many threads, and high transaction rates.

Amdahl’s law (parallel speedup in a given problem is limited by the sequential portion of the problem) implies that most workloads can’t be perfectly parallelized; some portion is always sequential and doesn’t benefit from parallelism. In the Java platform, there are currently four supported garbage collection alternatives and all but one of them, the serial GC, parallelize the work to improve performance. It’s very important to keep the overhead of doing garbage collection as low as possible. This can be seen in the following example. 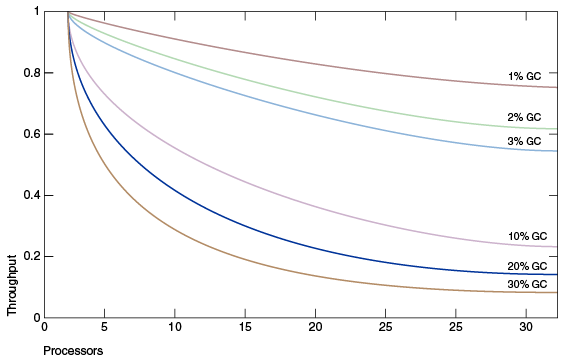 This figure shows that negligible throughput issues when developing on small systems may become principal bottlenecks when scaling up to large systems. However, small improvements in reducing such a bottleneck can produce large gains in performance. For a sufficiently large system, it becomes worthwhile to select the right garbage collector and to tune it if necessary. 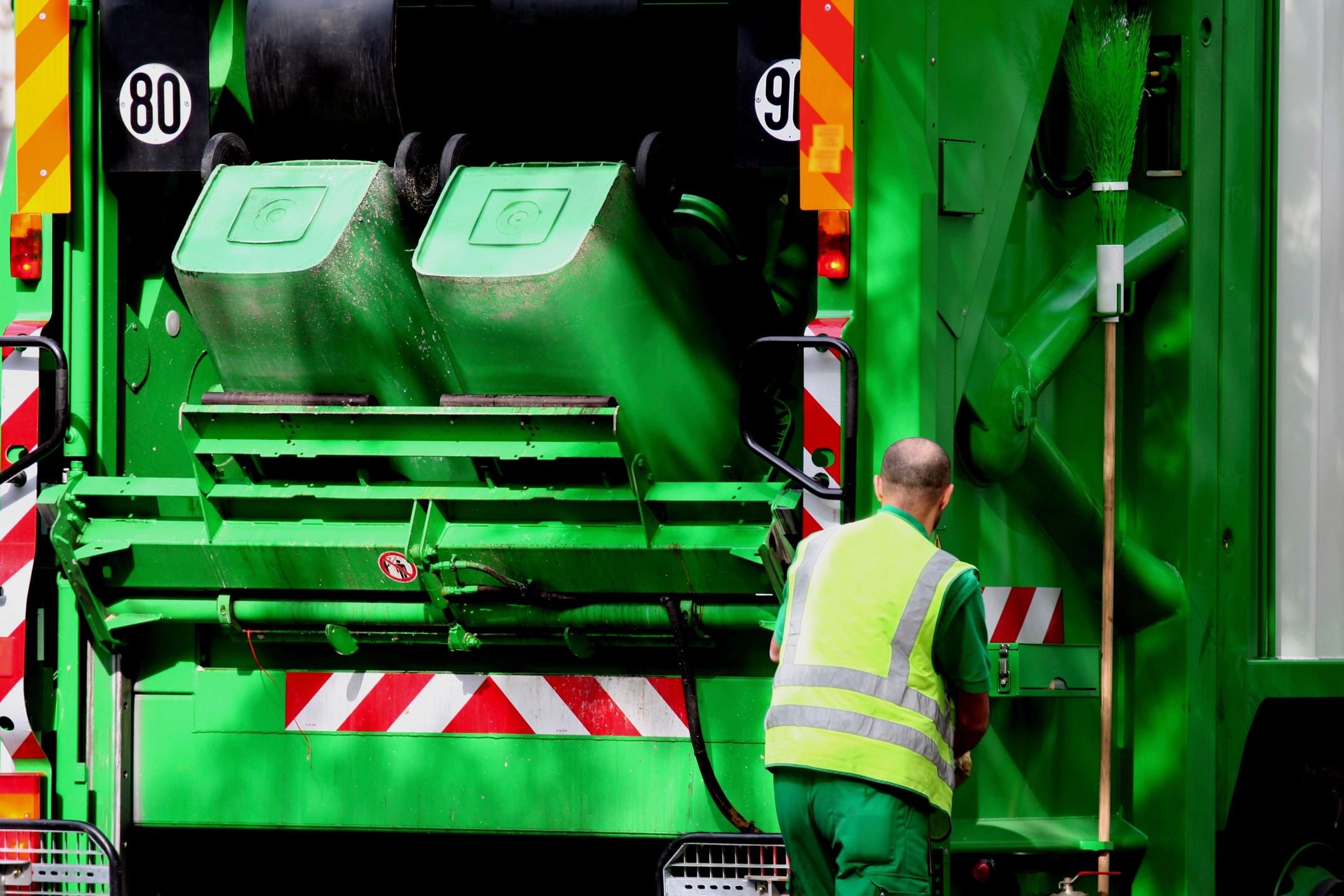